Varanasi – The city that runs on high vibration

Said my host Saurav as I sat in the beautiful haveli of the father of modern Hindi literature Bhartendu Harishchandra. It’s my second visit to the city – just a few months after my first – and I am still trying to grab the pulse of Varanasi (or Kashi or Banaras), the oldest living city in the world. We sit under a beautifully lit gazebo in Bhartendu Bhawan discussing the city’s culture, its love for literature and performing arts and the famous Banarasi thaath (the lavish lifestyle, not literally but figuratively). The caretaker of the house makes baati chokha (rustic meal of Eastern UP) as Saurav recites Andher Nagri Chaupat Raja, Bhartendu’s famous satire. I am transported to an era that’s forgotten; it can’t get better than this.

My first view of the city was of the ghats from The Ganga when I took a boat to head for a meeting. It was noon and the ghats were busy with people coming in for a dip in the holy river or just generally sitting around catching the winter sun. This is when I saw Manikarnika ghat, the gateway to moksha as per Hindu belief. The ghat is the bigger of the two cremation ghats in Varanasi, the only place where the dead are cremated in the open. The fear of death comes to an end here. The crudest reality of life is not hidden here, it’s out in the open and for everyone to witness. Manikarnika is beautifully surreal.

The mornings here are quiet, calm, but you’ll feel the city getting ready for the chaos of the day. Baithaks at chai stalls are an important part of the day and you’ll find BHU professors, writers and artists discussing arts and politics over purvas (earthen cups) of chai and toast with butter or malai. The akhadas (wrestling grounds) are alive with activity and the ghats see an inflow of people bathing, chanting, doing yoga sessions. The ghats throw something different at different time of the day. Late afternoons and early evenings are meant for cricket and the devotees pour in for the Ganga aarti in the evening.

It’s a usual site to see people calling out to each other with ‘Mahadev’. Mahadev (Lord Shiva) is not just a god here, he’s a sentiment, a salutation, the energy on which this city runs. And being an atheist it boggles my mind to see how a fictional character can form such an integral part of the city. I’ve spent hours thinking it over, trying to find method to this madness. But so far I am clueless.

Varanasi has a soul of its own… like a living breathing creature. 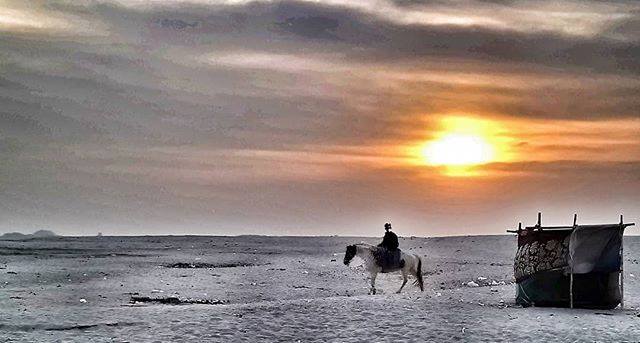 Also Read: A comprehensive guide to eating chaat in Lucknow