It won’t be an exaggeration if i say that Renaissance, Powai is my favourite hotel in Mumbai. The location is just perfect; in the midst of greenery, by the lake it’s a great place to unwind. Their Italian restaurant is undoubtedly the best in the city and their Executive Chef Jolly probably one of the most charming Chefs.
I have attended quite a few food festivals, media dinners and bloggers’ meets here. After a long gap I visited Renaissance again to try out their Greek Food Festival at the Lake View Cafe. Chef Douskos George from Ledra Marriott, Athens has flown down to share his recipes for this festival. Here’s what I liked (and didn’t like) from the spread.

Apart from the traditional Greek salad there was one with prunes, bacon and zucchini and a pickled fish salad. Loved both but Greek salad won because of feta, of course.

Out of hummus, babaghanoush and yogurt dip I liked the yogurt dip best. For some reason I prefer the Lebanese hummus over the Greek one. 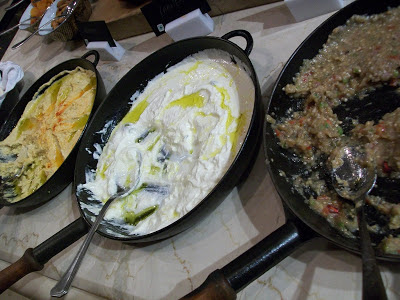 Greek version of shawarma or gyro were good. Still, shawarma wins for me. The roast lamb leg in mustard sauce was the dish of the day for me, also the moussaka. Sorry for not taking pictures, I was a little too busy eating. 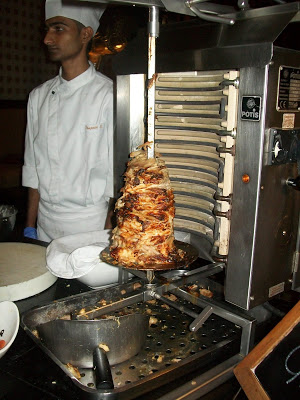 The dessert section was somewhat generic and the famous baklava was missing. But these Greek yogurt tarts made up for it. The yogurt was mildly sweet and the tart perfectly baked. 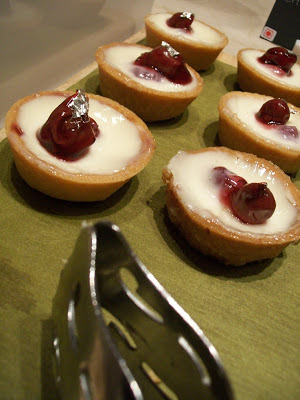 Loukoumades or honey puffs were specially recommended by the Chef. The deep fried dough balls were flavoured with cinnamon and topped with honey and crushed dryfruits. The dessert had a crispy and mildly sweet crust but was too dry from the inside. It didn’t hit the right note with us sweet loving Indians. However, the Chef served it again topped with a little Nutella which made it taste almost like a doughnut.

And yes, we did break a plate.

The Greek Food Festival at The Lake View Cafe, Renaissance Conventions Centre Hotel is on till Sunday, September 8; 7.30pm onwards.