Bandra Kurla Complex might sound a dry and boring suburb but it has clearly caught the attention of new restaurateurs who are willing to open their restaurants here. After Trident, California Pizza Kitchen, La Pain Quotidien, Yauatcha, it’s the new all-day Mediterranean restaurant Otto Infinito which has made BKC worth a trip on the weekends. The fact that it’s surrounded by greenery and is free from the traffic snarls add to the experience. 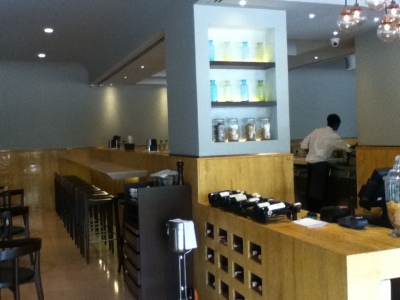 After cancelling my visit a couple of times I finally decided to drop in for breakfast with Namita Kumar, the PR person for Otto Infinito. I reached the restaurant at around 10.30am when the office goers had already finished their breakfast and were warming their office chairs with a cup of coffee in hand.

The restaurant was spacious with enough Sun light streaming through the glass wall on the entrance side. The white interiors looked clean. An all day bar stood in the center along with the grab & go counter. This counter has special menu with pre-made salads, sandwiches, wraps, pizza by slice, desserts and other patisserie items like quiche, croissant, danish etc. that you can pick up on your way to work or home. 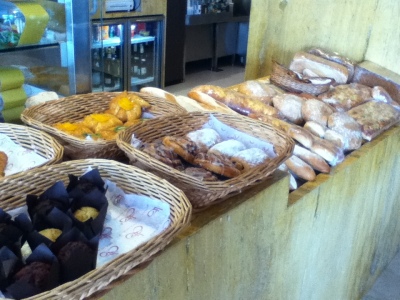 I grabbed a cozy corner, looked through the collection of teas and ordered for a Chamomile rose tea while Namita settled for a coffee. A freshly baked beetroot muffin looked like a good pre-breakfast option with the tea. The muffin was soft and warm with a crust of beetroot. The breakfast menu had a good and healthy mix of egg specialties, sausages, cereals, yogurts, fruits and bakery products to choose from. I opted for an omlette with a name that sounded exotic; berber omlette with pork sausages and a glass of fresh orange juice. The omlette came in a berber pot which is traditionally used to cook tajine, a slow cooked stew with meat and vegetables  The eggs to my surprise weren’t cooked like a regular omlette but were baked with garlic and onion on a bed of Moroccan tomato sauce. The huge omlette was big enough for two people with modest appetites and had a generous topping of green olives. A plate of pita breads was served with it and I quite liked trying something different than usual eggs with toasts. The egg whites were perfectly baked while the yolk was left slightly under-cooked and runny. Just how I like. 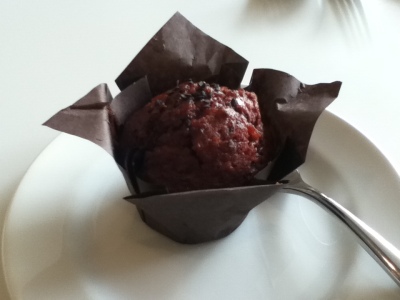 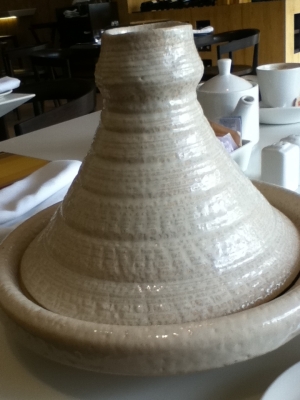 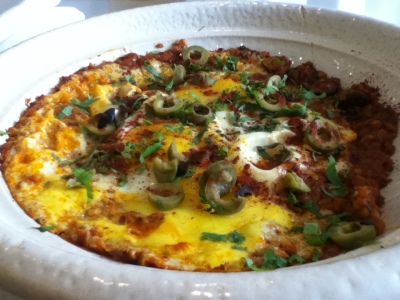 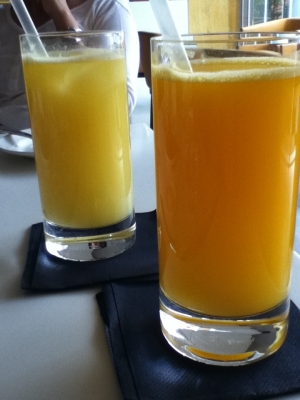 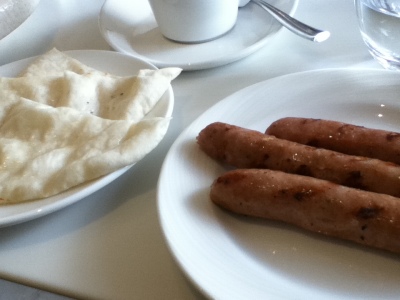 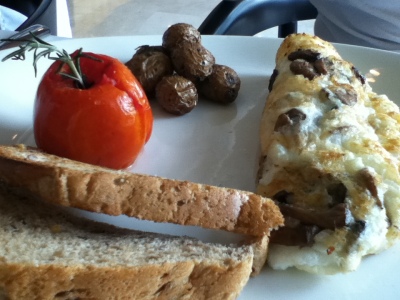 While I chomped on my big-fat-Moroccan omlette, Namita ordered an egg white omlette served with baked baby potatoes, tomato and toast. The presentation made even the humble egg white omlette look quite tempting.

I am usually not up for desserts post breakfast but who can ignore a beautiful hazelnut cheesecake staring right at you? And so I dig in. The cheesecake was creamy, chocolaty and not very sweet. I finished it quickly with no help from Namita given that she is a Gujarati with not even a single sweet tooth; unbelievable, isn’t it? On her recommendation I also tried an apple tart which looked straight out of a MasterChef kitchen. It had a crisp pastry topped with sliced apples cooked with star anise. 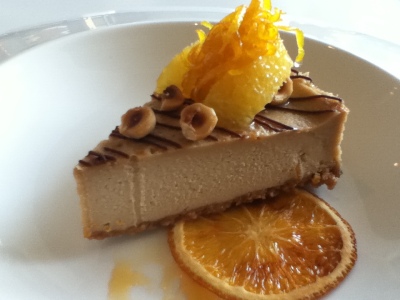 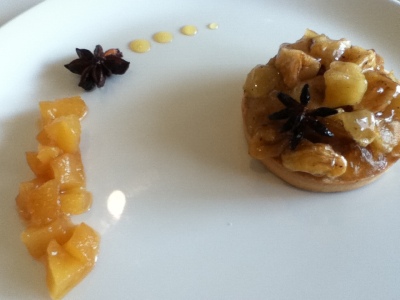 Stomach lined with good breakfast and even better desserts, I left from Otto Infinito but not before promising to come back for lunch/dinner.